US Vice President Joe Biden's speech on the US-Australia alliance

US Vice President Joe Biden, in conjunction with the United States Studies Centre and the Lowy Institute for International Policy, delivered a speech in Sydney on the US-Australia alliance.

He emphasised the continued importance of the US-Australia alliance and stressed that our mutual cooperation on regional peace and security, trade, innovation, LGBT equality, cancer research, and ending domestic violence are vital to growth and prosperity.

"We are not going anywhere. And that is vital because our presence in the region – and it sounds terrible to say coming from the lips of an American elected official – our presence is essential to maintaining peace and stability, without which the economic growth and prosperity I believe would falter," Biden said.

"America is the linchpin and we want to ensure the sea lanes are secure, the skies remain open. That is how to maintain the free flow of commerce, that is the life-blood of this region."

USSC CEO Simon Jackman also made remarks to the packed Paddington Town Hall which were streamed live around the world:

"Australians are immensely invested in America’s response to the challenges it faces from within, and abroad, especially those close to Australia here in the Indo-Pacific. But given the events of recent months – and the events in the months to come – an astonishing number of Australians are wondering if and how our great ally and friend the United States will deal with the hard questions America is currently asking of itself, with answers consequential for all of us.

"For through treaty, trade and custom, we are — and will be — as bound to the United States as firmly and as fondly as any two independent nations can be. That's why the United States Studies Centre was created. That is why we’re so proud and honoured to be hosting the Vice President today." 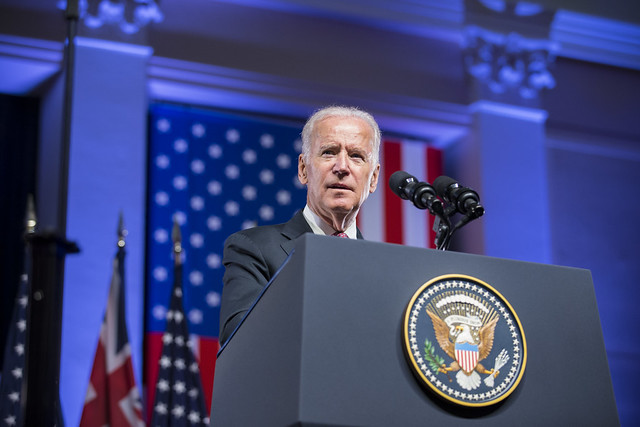