Jared Mondschein is the Director of Research at the United States Studies Centre.

Jared's analysis has appeared in outlets including ABC, BBC, CNN, Foreign Policy, MSNBC, and Sky News as well as across major Australian mastheads.

He holds a Bachelor of Arts in government and international affairs from Skidmore College in New York and a Master of Arts degree in international relations from King’s College London. On average, the US president’s political party loses 28 seats in the House of Representatives and four Senate seats in their first midterm elections. While votes continue to be tallied, early results indicate... Ahead of tomorrow’s midterm elections, the future control of the US Senate is more unknown than ever, with polling continuing to show the Democrats and Republicans are neck-and-neck in key swing states. US midterms 2022: The stakes for Australia and the alliance

This public opinion survey report provides unique insights into Australian, American and Japanese views of the major challenges confronting all three nations: from China’s geopolitical challenge to climate change and the vicissitudes in... Why Australia should feel familiar to Caroline Kennedy

After many months of anticipation, Ambassador Caroline Kennedy finally arrived in Australia on 22 July 2022. Stepping off her plane and into the media frenzy swirling since before she was even officially nominated... The United States was founded on allegiance to laws, not leaders. The Jan 6 rioters turned that on its head

When colonial Americans declared their independence on July 4 1776, they rejected more than British rule. They explicitly denounced the British form of government and the unlegislated norms, traditions and conventions a royal... Will the government’s $2.2bn, 10-year plan get a better return on Australian research? It all depends on changing the culture US President Joe Biden has nominated Caroline Kennedy as the next US Ambassador to Australia.

This follows months of speculation that Kennedy would be given a high-profile ambassadorial role, possibly to Australia. 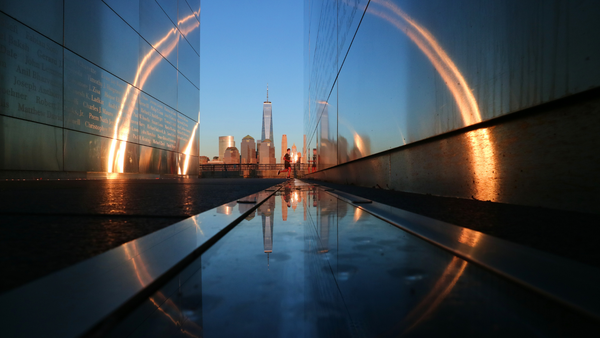 Afghanistan and the alliance

What should Australians take away from 20 years of war in Afghanistan? What are the implications of the withdrawal from Afghanistan for Australia and other US allies?

USSC experts below give some brief... Donald Trump has announced he is running for US president in 2024. Here's what we know

After months of speculation, the former president has officially announced he will be running for the Republican nominee in the 2024 US presidential election. Jared Mondschein, director of research at the United States... The results so far…US head to polls for midterms

The US is in the midst of their midterm election as the Republicans and Democrats battle for control of both Congress and the Senate.

So far, what was expected to be a red... Race for US Congress is tight, no Republican 'red wave' | The World

US Studies Centres' Director of Research Jared Mondschein tells ABC News The World that while it's likely the Republicans will take back the House of Represntatives, the Democrats are doing better than expected. 46% of Australians support sending military forces to assist the United States defend Taiwan in the event of a Chinese attack. The latest US Studies Centre report is cited in the new episode... “He may not be filing right now...

In Oz we trust: how Americans feel about aligning with Australia

US Studies Centre's Director of Research, Jared Mondschein, talks to Yvonne Yong for ABC | The World about his latest USSC polling report (co-authored by Victoria Cooper) on public opinion in the United... About a third of the public in the US and Japan agreed with sending military forces to respond to such a crisis, according to polling commissioned by the US Studies Centre, co-authored by... USSC Research Director Jared Mondschein tells ABC's The World that an FBI raid on a former president's property is no small matter - in fact it is unprecedented. "This is likely to be... President Joe Biden's tour of the Middle East has begun with the signing of a joint agreement with Israel to deny Iran from developing nuclear weapons. USSC's Research Director Jared Mondschein tells ABC's... How Americans celebrate the Fourth of July The crisis of American democracy: A conversation with Stephen Macedo

The January 6 Select Committee hearings highlight points of crisis in American democracy, yet the roots of these challenges undeniably precede the Capitol riots given US economic, social and cultural trends. Princeton University... What to expect in US politics and policy in 2022

On the one-year anniversary of President Biden’s inauguration, experts from the United States Studies Centre (USSC) will give their take on what to expect in US politics and policy in 2022. President Biden’s... No campaign promise, rumour mill or day one executive order is as revelatory of a US president’s strategic intentions than the men and women they trust to guide them. A president’s Cabinet and... The role of US innovation in securing Australia's economic future

The exact future of the global economy is uncertain, but its direction is clear: services will become more valuable, value creation will be tied to knowledge-intensive and automated processes and skills, and firms... 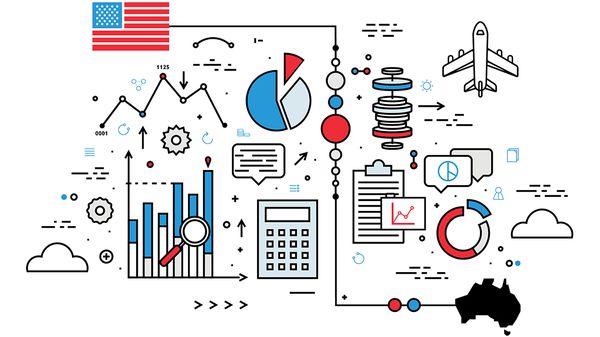 A collaboration between the USSC and the American Chamber...