The future of US economic engagement in the Asia Pacific

The US Studies Centre and US Consulate General Sydney hosted a special presentation by Kurt Tong, Principal Deputy Assistant Secretary, Bureau of Economic and Business Affairs. Tong spoke on The Future of US Economic Engagement in the Asia Pacific.

As President Obama said at the University of Queensland last November, “today, our alliances, including with Australia, are stronger than they have ever been (and) American exports to this region have reached record levels.” The United States, Australia, and ten other negotiating partners are in the process of finalising the Trans-Pacific Partnership (TPP), which will be a high standard regional trade agreement that will provide stronger protections for the environment, workers, and intellectual property, as well as ensure transparency and the rule of law.

The United States is the largest foreign investor in Australia, collaborates with Australia in regional economic organisations, including the Asia Pacific Economic Cooperation and East Asia Summit, and consults regularly with Australia on engagement with emerging economies in the Asia Pacific region. In this context, Principal Deputy Assistant Secretary of State for Economic and Business Affairs Kurt Tong will discuss the importance of strong US-Australia economic ties to the future prosperity of the Asia Pacific region, including our bilateral cooperation within the TPP framework, our engagement with China, and our outreach to growing markets in Southeast Asia. 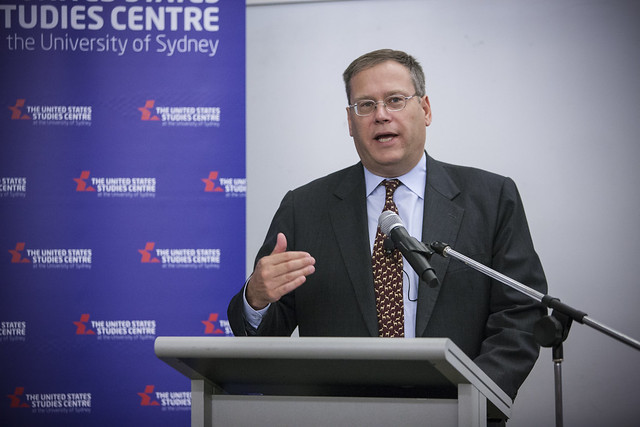