Nevada Governor Brian Sandoval was this year described as the most popular Republican in the United States. He’s also led his state through the most significant public education reform in more than 60 years and the critical challenge of an historic and devastating drought.

Governor Sandoval was the special guest of the United States Studies Centre at the University of Sydney on August 1 to share his vision and efforts to diversify the state’s economy in the face of these challenges, resulting in the concept of the “New Nevada”.

The driest state in the US now leads the nation in areas such as the development of Unmanned Aerial Vehicles (UAVs) and water innovation, with Las Vegas well on its way to becoming the Silicon Valley of water science. It's a vital case study in state government and economic development, with many lessons for Australia as it combats its own environmental challenges and strives to take advantage of the “ideas boom”.

An announcement was also be made at this event regarding a new partnership between the University of Sydney and the University of Nevada, Las Vegas on collaborative research into gaming and risk in both countries, around the world, and online. 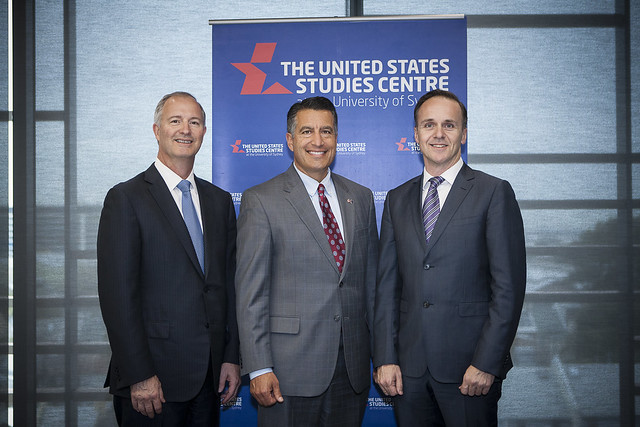