The USSC teamed up with ABC News 24’s Planet America to celebrate the Democratic National Convention. The Chaser's Chas Licciardello and USSC Research Associate John Barron, along with a panel of experts, put the nominees under the microscope and provided analysis throughout this special event at the Giant Dwarf theatre in Sydney.

Bruce Wolpe Was a Democratic staffer in Congress during President Obama’s first term. He has been an adviser to several Democratic Party election campaigns, including the Clinton-Gore campaign of 1996. He is currently Chief of Staff to former Prime Minister Julia Gillard.

Barbara Heineback Was a press officer to former First Lady Rosalynn Carter – the first African American woman to hold such a position. She is the founder of the marketing and communications firm, Talking Point.

Ali Sutton was a staffer on president Obama’s primary campaign in 2007 and went on to work at the US Department of Health. She is currently a public policy consultant with the Centre for Policy Development.

Brendon O'Connor Is an associate professor in American Politics at the United States Studies Centre at the University of Sydney. 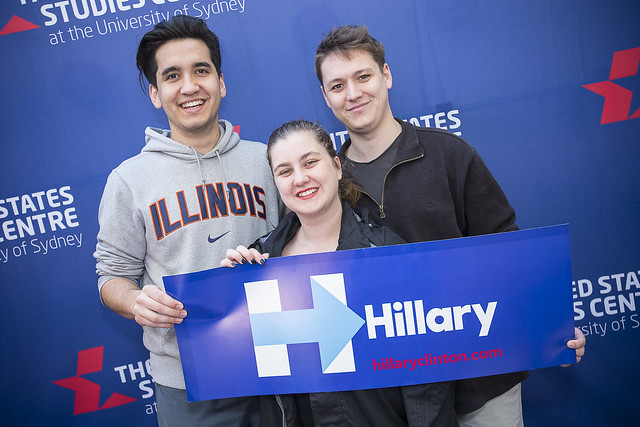