The aim of the exchange was also to inspire innovation and forge bi-lateral relationships on common themes that can later be used to accelerate the transformation of both the Australian and American city.

The city partnerships for the 2014 City Exchange were:

The Exchange exposed delegates to international urban design and planning best-practice and assisted each participating council in developing ideas to revitalise their local precincts with a focus on economic development, housing affordability, liveability, holistic resiliency, and efficient resource use.

Mayors and their senior staff from our six participating cities were led by the Future Cities Collaborative team Professor Edward Blakely, Sandy Burgoyne and Harriet Whyte to innovative sites in the US states of California, Connecticut, New York, and New Jersey. In New York City, the group was given access to New York City Department of City Planning, Economic Development Corporation, and Department of Parks and Recreation among others. The Future Cities Program was strongly supported by NSW Trade Commissioner to North America, Laki Kondylas, Australian Consul General in San Francisco, Nigel Warren, and New York City Commissioner for Park and Recreation and Deputy Mayor, Mitchell Silver.

The participants met with over 200 leaders of cities and government agencies during the program, and each US host was paired with Australian city in order to deepen the bi-lateral relationship between the two countries. Program participant and Lord Mayor of Wollongong City Council, Clr Gordon Bradbery, said of the experience "The Future Cities program was second to none in opportunities for learning, professional development and first hand experiences. The program and visit to the USA (2014) was for me one of a confronting juxtaposition of urban planning disasters with some of the most inspiring of achievements of urban renewal and possibilities. Once more we were reminded cities flourish when visionary leadership, drive and creativity are applied to the aspiration of a holistic approach to the human habitat. The USA is a great place for Australian Councillors, staff and others to experience these issues on a scale that both confronts and inspires.” 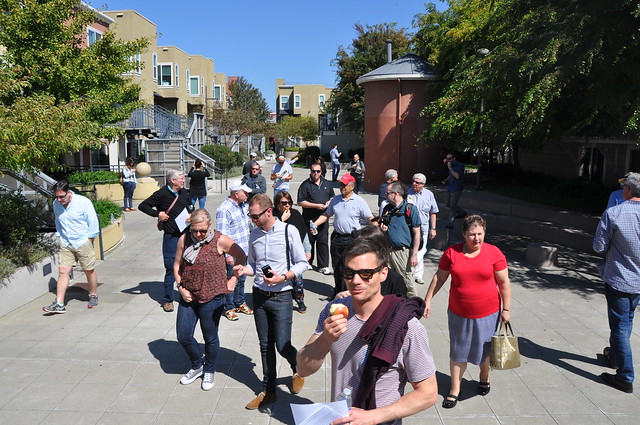