Home /Events /Australia and the United States: An alliance for the 21st century
Share✉
Print⎙

Australia and the United States: An alliance for the 21st century

The Center for Strategic and International Studies (CSIS), partnered with the US Embassy Canberra, the United States Studies Centre, and the Perth USAsia Centre, for an invitation-only conference to discuss the current state and future of the alliance between Australia and the United States.

The conference convened key thinkers from both countries at an important time for the Australia-US alliance. The scope of cooperation between Australia and the United States has never been greater — extending well beyond traditional defence, intelligence, and diplomatic engagement — and the alliance enjoys healthy support among policymakers and the wider public in both countries. Bilateral economic, social, and cultural ties are broad and deep.

Yet the alliance faces growing external and internal challenges. The United States, Australia, and other allies confront rising threats in Asia, Europe, and the Middle East, and globally from terrorism, financial instability, pandemic diseases, and other transnational challenges. Revisionist powers are seeking to reshape regional security dynamics and carve out spheres of influence, jeopardising the liberal rules-based order that has supported American and Australian security and prosperity for more than half a century.

The conference was held under the Chatham House Rule. 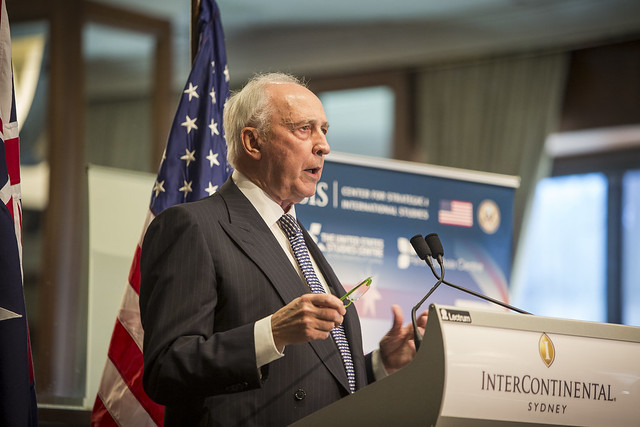