Home /Analysis /‘You have to fight for it’: the power that Nancy Pelosi wields like a knife
Share✉
Print⎙ 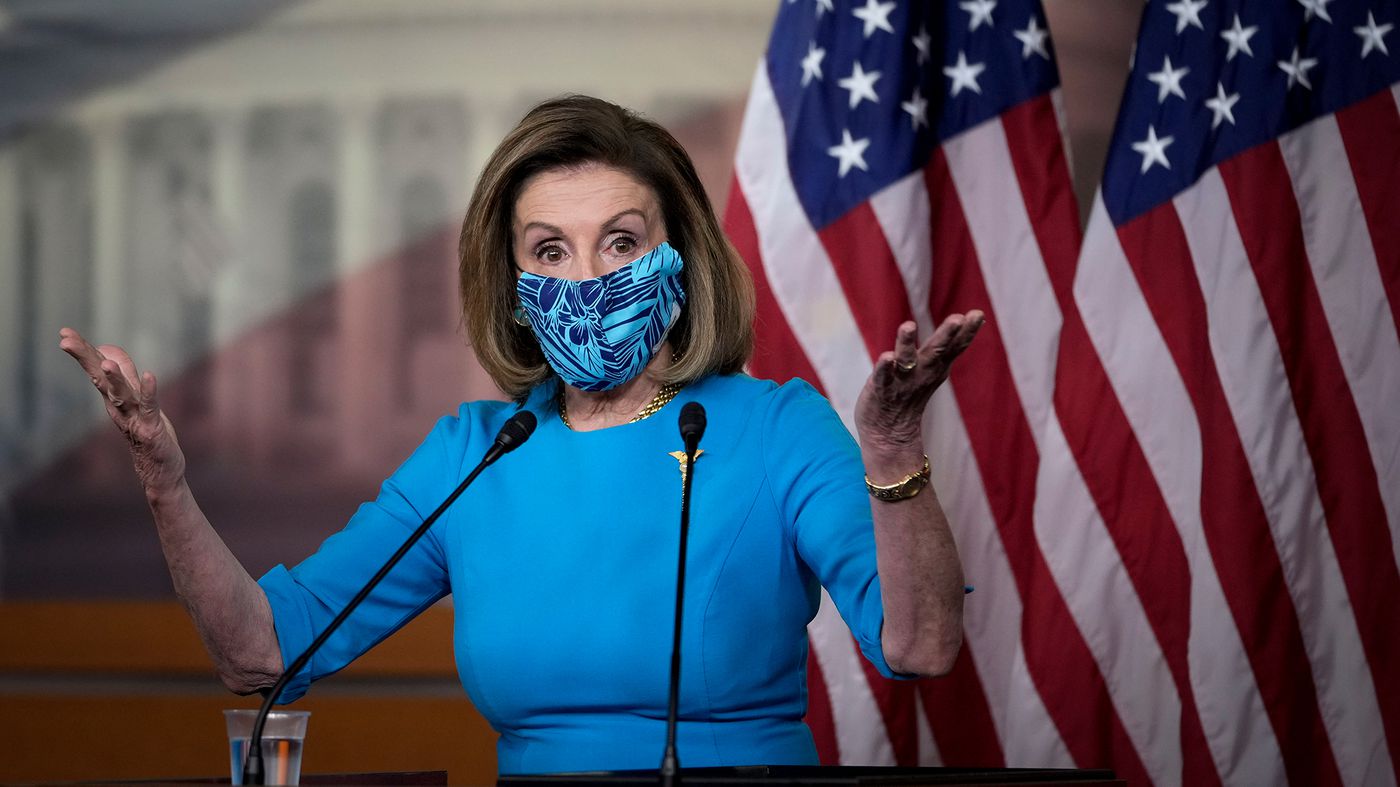 ‘You have to fight for it’: the power that Nancy Pelosi wields like a knife

There was a reason why Nancy Pelosi was beaming from the podium in the House of Representatives on the 99th day of Joe Biden’s presidency: Democrats controlled the House, the Senate and the White House. The President was about to deliver an address to the nation that contained a raft of policies and programs Pelosi, the Speaker of the House, had championed for decades.

History was being made because the two women seated behind the President, one a woman of colour, were next in line to succeed the president if needed. “Madam Speaker. Madam Vice-President. No President has ever said those words from this podium, and it’s about time.” Biden knows who is running the joint.

Susan Page, Washington bureau chief of USA Today, has covered four decades of presidential campaigns and interviewed 10 presidents. She brings all her experience to bear in this expert, engaging meditation on power through the life story of Nancy D’Alesandro Pelosi, daughter of an Italian-Catholic dynasty that spawned in Italy and flourished in Baltimore, where her father was mayor and congressman.

She did not just grow up with politics; she was immersed in it; it courses through her blood. She saw power flow and how it was wielded; how you won elections; how you kept score; how you knew who would be with you and who would disappoint you.

She did not just grow up with politics; she was immersed in it; it courses through her blood. She saw power flow and how it was wielded; how you won elections; how you kept score; how you knew who would be with you and who would disappoint you. “What I learned from my father was everything. Politics is every minute of every day. It is part of you.”

Nancy Pelosi married financial entrepreneur Paul Pelosi at 23. He took her away to San Francisco, where his business grew and her career could unfold when she was in her 40s, after her five children had grown up a bit. Pelosi ultimately became a political grandmaster: “The most consequential Speaker in modern times,” as Page writes.

Three attributes are paramount. First, she has “as good a political mind as I have ever seen”, in the words of one political Jedi warrior in the House. “One of the best inside players I have ever seen,” Hillary Clinton told Page. Barack Obama echoed that: “She was as tough, or tougher, than anybody in the world.” And from her opposite number, former Republican Speaker John Boehner: “One of the top leaders I’ve worked with.”

“Power is not anything that anybody gives away,” Pelosi has said. “You have to fight for it.”

Second, Pelosi is fearless. When asked about how Pelosi would face Trump in one of their make-or-break meetings, daughter Alexandra said, “She’ll cut your head off and you won’t even know you’re bleeding.” Pelosi engineered the impeachment of Trump twice – something that has never happened before. Those acts ensured that Trump would go down in American history as the most disgraced president ever. But he does not even know that he has bled out.

Pelosi reamed out President George W. Bush twice: over the war in Iraq, which she bitterly opposed in 2003, accusing him of ”incompetence in knowledge, judgment and experience”) and in 2008, for his “cowboy capitalism” laissez-faire economic mismanagement that led to the Global Financial Crisis.

Third, Pelosi knows her colleagues in the House. She knows how to read them, how to listen to them, how to figure out how to fit the legislative priorities she so strongly wants – from health care to education to climate to women’s rights to racial justice to gun control – to how far her fellow members can go without breaking the Democratic caucus apart. “Our diversity is our strength,” she always says. “Our unity is our power.”

Pelosi for sure feels the frustration that Julia Gillard has expressed that women in power are often described in the media, first, by what they wear. The substantive stuff is always secondary.

We are seeing this play out in real time today. Biden has proposed to Congress the most ambitious agenda since Franklin Roosevelt in the Great Depression and Lyndon Johnson with his Great Society. Pelosi is Speaker because the Democrats hold a six-seat majority – one of the narrowest in history. The Democrats have a choice between unity and success or division and failure. It is Pelosi who is best able to figure out how much she can get for Biden and what Biden wants to do for the country, without defections from more than a tiny handful of her colleagues.

“I’ve always believed I could do this job very well because I’m relentless in pursuit of my colleagues and I know how to mobilise people.” As Page reports: “Her instincts were always to go as big as the moment allowed.”

As fierce and confident as she is, Pelosi is inevitably a huge target of conservatives, Trumpists and their allies. She has been labelled for decades as embodying “San Francisco values”, with all the freighted meaning that phrase can carry. Socialist, radical, woke extremist, cancel-culture left-wing moll: Pelosi is the high priestess of that camp’s worst fears. Those attacks have taken her standing down in overall public opinion; she is not universally popular. But Pelosi is unrepentant.

Aside from her cunning, she slays with her fashion. Pelosi for sure feels the frustration that Julia Gillard has expressed that women in power are often described in the media, first, by what they wear. The substantive stuff is always secondary.

So Pelosi uses her pret-a-porter to send killer messages: the brick-red coat and sunglasses she wore after storming out of an Oval Office meeting with Trump; her suffragette white when women’s equality is on the line; the colour-coordinated COVID masks that kept her healthy at age 81 and started a trend for women everywhere; the gold pendant depicting a Mace – the symbol of power in the House – on a black dress the day she would lead impeachment of the president.

This will be her last term as Speaker, a position she first attained in 2007, and held for four years until the Democrats lost their majority midway through Obama’s first term. She stayed on as Democratic leader and became Speaker again in 2019 when Trump lost his House majority after his first two years as president.

Pelosi’s greatness comes not from her longevity as Speaker, but because of what she did with it: the most consequential legislative record in decades, fighting off the Great Recession, enacting Obamacare, ending the pandemic and its staggering losses of life and security, helping bring Trump down. Pelosi thrived whatever the terrain. As Page tells us, “⁣Pelosi prevailed even as the rules of politics were being re-drawn.”⁣ A leader for this season. A woman for all seasons.