The University of Sydney

The 2016 race has proved to be one of the most unpredictable elections in modern times, with a host of larger than life characters presenting striking challenges to party elites and proving the pundits wrong over and over again. How did we get here and what issues are likely to define the next six months until Election Day? And who is most likely to win the White House?

To discuss these important issues and how they might affect Australia, the US Studies Centre hosted a panel discussion with:

Moderated by Tom Switzer, research associate at the United States Studies Centre, the speakers tackled issues that have defined the campaign thus far and what can be expected from the candidates as Election Day edges closer. 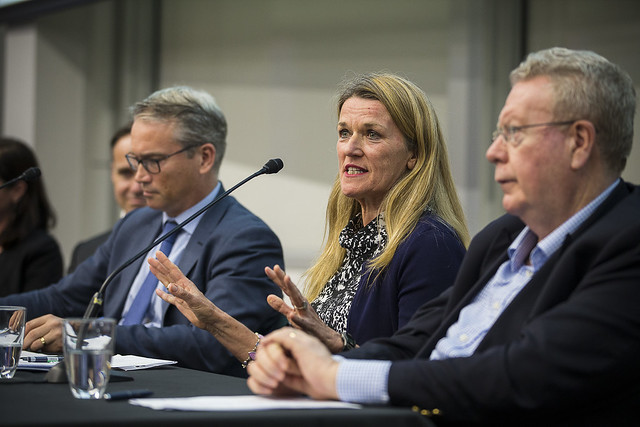