Home /Events /Marriage equality in Australia: Lessons from the US campaign
Share✉
Print⎙

Marriage equality in Australia: Lessons from the US campaign

Evan Wolfson, founder and president of Freedom to Marry, and Tiernan Brady, executive director, Australians 4 Equality Campaign, joined the United States Studies Centre’s CEO Simon Jackman to give an insider's perspective on the historical, political and social evolution of marriage equality around the world.

Part of the Centre’s ongoing comparative social issues series, the event was a unique opportunity to share hard-earned lessons, discuss the challenges of mounting a national campaign on an emotional issue and where Australia stands in comparison to the United States and others globally. 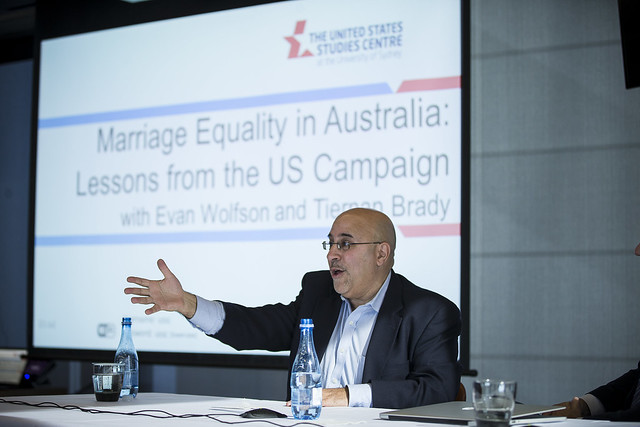