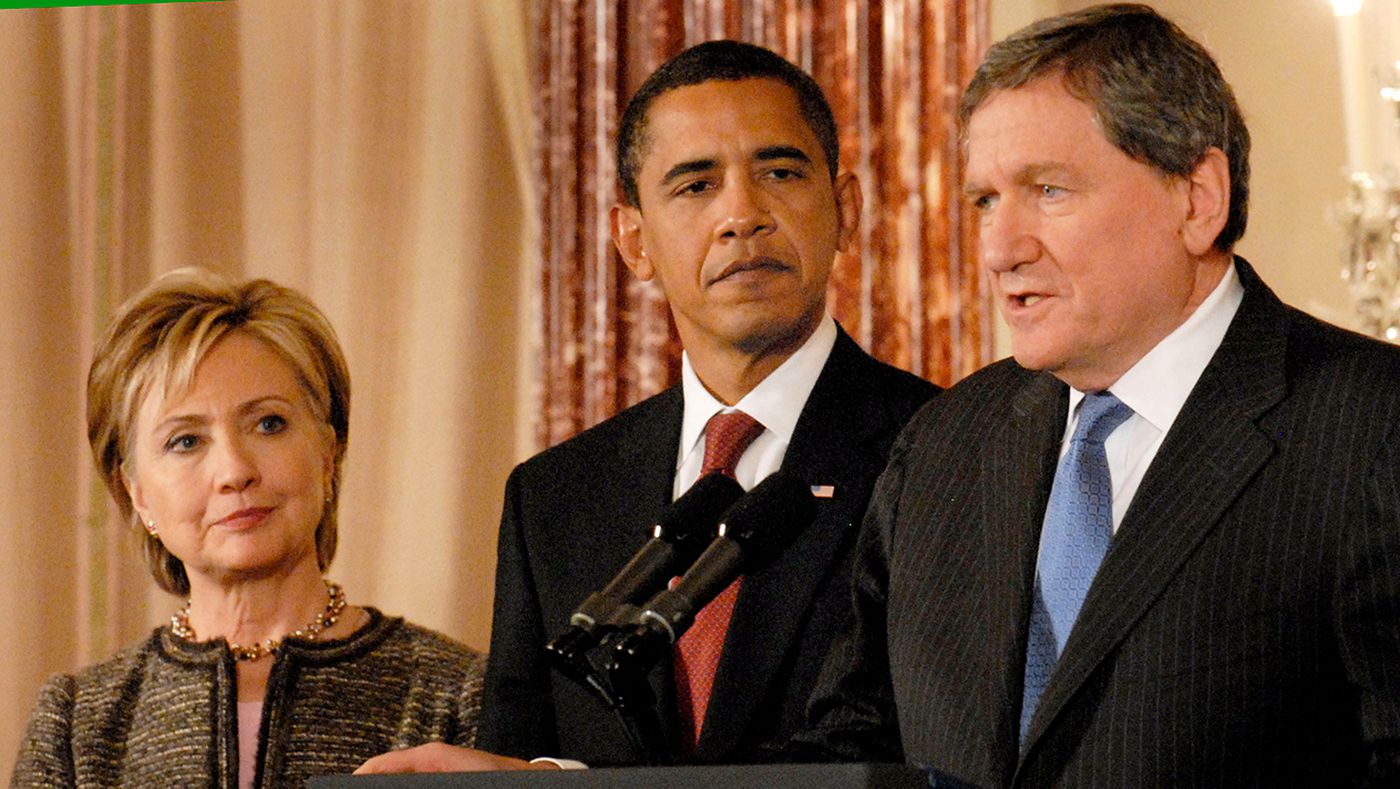 Book review | Our Man: Richard Holbrooke and the End of the American Century

This is one of the great American political biographies of recent years, an extraordinary work that captures the mercurial American diplomat at his inspiring best and appalling worst. Internationally, only Andrew Roberts’s magnificent Churchill eclipses Packer’s study of a remarkable figure in an extraordinary life. Former US secretary of state Hillary Clinton, whom Richard Holbrooke served well, perhaps put it best: “I picture him like Gulliver tied down by Lilliputians.”

Packer sketches Holbrooke in striking prose. This is no mean achievement, for Holbrooke’s passage from the salons of Washington DC to the villas of Saigon, from the mountains and forests of the former Yugoslavia to the battlefields of Afghanistan, often resemble a flash of heat lightning.

There were brilliant moments that often meant nothing. But when the lightning struck Earth, a grass or forest fire usually exploded, which consumed everything. This was particularly true of his period in the Balkans.

Richard Charles Albert Holbrooke was born on April 24, 1941, the son of Polish and German Holocaust survivors Abraham Dan Golbraich and Gertrud Moos. “Holbrooke” was a consequence of his father anglicising the name, courtesy of the Manhattan phonebook.

Pushed to study hard, Holbrooke was taken by his father at age eight to see the United Nations headquarters being constructed on the East River in New York. But it was a visit to Scarsdale High by Dean Rusk, later ­secretary of state in the Kennedy administration, that convinced Holbrooke that the foreign service represented his future. That future saw him return to the UN precinct as US ambassador to the United Nations for president Bill Clinton.

One of Packer’s strengths as a narrator is his impressive ability to appreciate and explain the byzantine politics of Washington DC, from Georgetown soirees to the Oval Office, together with their seductive intersections with the media.

Packer, who has written brilliantly on the Iraq War in The Assassin’s Gate and on the social and economic dilemmas that have troubled the US over the last half century in The Unwinding: An Inner History of the New America, places Holbrooke’s life and career at the end of the American Century. He argues: “What’s called the American Century was really just a little more than half a century, and that was the span of Holbrooke’s life. It began with the Second World War and the creative burst that followed — the United Nations, the Atlantic alliance, containment, the free world — and it went through ­dizzying lows and highs, until it expired the day before yesterday.”

This conclusion may be challenged, especially because it was Wall Street’s bankers who funded the allied effort in the Great War from 1915 to the end of hostilities, in the process making America the decisive global power. Indeed, it was in 1915 that a huge loan of some $US500m was organised to support British and French arms by the Anglophile JP Morgan.

Packer’s style may best be described as dinner conversational. He addresses his readers in an offhand manner, as if they were sitting across from him at a dining table. It may be a little disarming but it does not detract or divert from his sharp ability to read Holbrooke, his colleagues and friends in the sweep of events that carried him along and that in some cases he shaped and/or manipulated.

One of Packer’s strengths as a narrator is his impressive ability to appreciate and explain the byzantine politics of Washington DC, from Georgetown soirees to the Oval Office, together with their seductive intersections with the media.

Holbrooke always understood the power of the great families of the American republic. It was this phenomenon in Washington DC and well beyond that led him to associate with the Rusks and the Wisners, the Lakes and the Clintons. This propelled the driven diplomat, whose ambition was as insatiable as his need for validation, to important diplomatic postings, but the great prize always eluded him.

He never made the magisterial eyrie of US secretary of state, losing out to Warren Christopher and Hillary Clinton, among others. But Christopher sent the Europhile Holbrooke to Bonn as ambassador to Germany.

Packer observes: “I don’t have much to tell you about his year in Bonn. Ambassadors in places like that have a nice deal. A beautiful old mansion on the Rhine with a pool and tennis court, a large and obsequious staff, nine-man personal security detail, armored Cadillac, honour guards, fancy dinners, high-level visitors (Nixon, one month before he died) … In his living room, Holbrooke displayed the photograph of his grandfather with pickle helmet and Iron Cross. German visitors didn’t care for it. But the Germans loved Holbrooke. He knew their history, he valued the Atlantic alliance, and he didn’t talk in Protocol.”

“Obama addressed Holbrooke as ‘Dick’, the name still used by former Holbrooke associates on the campaign. ‘Would you do me a favour, Mr President?’ Holbrooke said. ‘It’s important to my wife that you call me Richard.’

But it was Holbrooke’s remorseless diplomacy at an isolated US Air Force base in Ohio for which he should be remembered. The Dayton Peace Accords offered a solution for the Balkans, and it was Holbrooke who hammered out the clauses with people such as the Serb dictator Slobodan Miloševic. Holbrooke’s engagement with the Balkans is a story of tragedy and triumph, but his unsuccessful campaign for the Nobel Peace Prize was probably justified.

As usual, Holbrooke alienated the judges just as he did the incoming president, Barack Obama. “Holbrooke and Obama sat down alone,” writes Packer.

“He presented the president-elect with an inscribed copy of To End a War. Predictable, self-serving — a small mistake. Obama was the kind of person who, on meeting you, established his no-bullshit credentials by announcing that he hadn’t read your book.

“Obama addressed Holbrooke as ‘Dick’, the name still used by former Holbrooke associates on the campaign. ‘Would you do me a favour, Mr President?’ Holbrooke said. ‘It’s important to my wife that you call me Richard.’

“Holbrooke had just corrected the next president, and in a way that could only be called uxorious. That was a bigger mistake.”

This is a mesmerising biography that reads like a grand novel, with characters whose lives reflected the American Century in all its consequence and consternation. Packer has delivered a masterpiece.

Our Man: Richard Holbrooke and the End of the American Century
By George Packer
Alfred A. Knopf, 592pp

This review was published by The Australian.