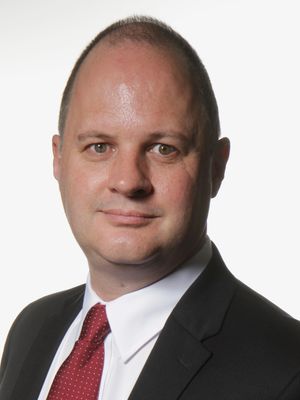 Dr Stephen Kirchner is Program Director, Trade and Investment, United States Studies Centre, University of Sydney. He is also a senior fellow at the Fraser Institute in Canada, where he has contributed to research projects comparing public policies in Australia, Canada and New Zealand.

Previously, he was an economist with the Australian Financial Markets Association, where he worked on public policy issues relating to the efficient and effective functioning of Australian financial markets and Australia’s position as a regional and international financial centre.

Stephen has been a research fellow at the Centre for Independent Studies, a senior lecturer in economics at the University of Technology Sydney Business School and an economist with Standard & Poor’s Institutional Market Services based in both Sydney and Singapore. He has also worked as an advisor to members of the Australian House of Representatives and Senate.

He has published in leading academic and think-tank journals, including Public Choice, The Australian Economic Review, Australian Journal of Political Science and The Cato Journal.

His op-eds have appeared in publications including The Wall Street Journal, Straits Times, Businessweek, The Australian Financial Review, The Australian, and Sydney Morning Herald.

A Foreign Investment Uncertainty Index for Australia and the United States

Australia’s regulation of inward foreign direct investment (FDI) has often drawn criticism for creating uncertainty for foreign investors, as well as for Australians looking to sell their assets to foreigners. Much of this...

Even before the pandemic, the United States was experiencing its slowest population growth in a century, a combination of record low fertility and an increasingly restrictive approach to immigration. Previously a source of... This report argues that restoring and then exceeding pre-pandemic levels of net overseas migration will be essential to Australia's economic recovery. In the short term, Australia needs to scale up its managed isolation... The US has turned its back on skilled migrants, giving Australia an opening

The outgoing Trump administration presided over one of the most dramatic tightenings in US immigration policy since the 1930s.

Along with declining fertility, this saw US population growth fall to its lowest rate... How the activist Fed will pile more pressure on the RBA

Federal Reserve chairman Jerome Powell has announced the outcome of the Fed’s Review of Monetary Policy Strategy, with revisions to the key statement that guides US monetary policy. While the shift to average... The Australian government has joined a global trend to expand the scope of its foreign investment screening process based on national security concerns. While notionally non-discriminatory in application, the new measures are clearly...

Globalisation and labour productivity in the OECD: What are the implications for post-pandemic recovery and resilience?

The COVID-19 pandemic is a significant de-globalisation shock at a time when globalisation was already under challenge from President Trump’s trade war. Post-pandemic public policy responses can either compound or alleviate this shock.

The US is central to this China trade quarrel

Rising trade frictions with China underscore the potential tension between Australia's economic and foreign policy interests. Beijing wants to dramatise these tensions to intimidate Australia and undermine our alliance relationships, while Canberra wants... China’s threatened anti-dumping duties on Australian barley exports may well be without merit and even a form of economic coercion in retaliation for the call for an investigation into the COVID-19 pandemic, among... Real-time measures of the US economy continue to point an unfolding downturn with a magnitude, if not duration, as severe as the Great Depression.

The Australian Financial Review reports that foreign investment uncertainty for Australia doubled last year as the federal government imposed tough screening restrictions on offshore investors during COVID-19. This is according to a new...

US President Joe Biden has declared that his Administration's infrastructure plan will create 19 million jobs. But it comes with a hefty price tag of just under two trillion US dollars over eight...

‘Crucial but not beyond reproach’: Labor joins calls for review of RBA

USSC director of trade and investment Stephen Kirchner is quoted in this article published by The Sydney Morning Herald. The Spectator Australia refers to Director of Trade and Investment Dr Stephen Kirchner's report, Failure to converge? The Australia-US productivity gap in long-run perspective, and its discussion on the relative openness of the... China-Australia trade: What global markets look like for agriculture in 2021

Australian farmers and exporters hoping the arrival of newly-minted US President Joe Biden would mean swift resolutions to US-China trade issues may have to continue waiting, The Weekly Times reports. So, what do...

For all the histrionics leading up to Donald Trump’s narrow defeat in November, and the despair of his last few ignoble weeks in office, Joe Biden’s impact on Australian policy will be tone... Director of Trade and Investment at the United States Studies Centre, Dr Stephen Kirchner, told ABC News that Biden's mass vaccination plan is unprecedented and reflects the seriousness of the public health emergency... Does the pandemic mean the end of Big Australia?

The Australian refers to research by USSC trade and investment director Stephen Kirchner.

What is China’s endgame? Australia’s relationship at all-time low after offensive tweet

News.com.au reports that the dramatic escalation of tension between Australia and China this week has raised questions about what China’s endgame is. The article quotes USSC director of trade and investment Stephen Kirchner. 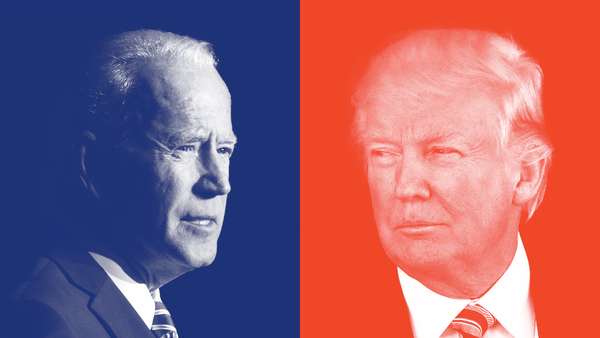 Weakness in wages growth has been called a "crisis" in Australia and fixing the issue is proving a puzzle for policymakers.

In the United States, unemployment is at record lows but debates over...