Dr Charles Edel is Senior Fellow and Visiting Scholar at the United States Studies Centre at the University of Sydney. Prior to this appointment, he was Associate Professor of Strategy and Policy at the US Naval War College, and served on the US Secretary of State’s Policy Planning Staff from 2015-2017. In that role, he advised Secretary of State John Kerry on political and security issues in the Asia-Pacific region.

He worked at Peking University's Center for International and Strategic Studies as a Henry Luce Scholar and was also awarded the Council on Foreign Relations International Affairs Fellowship.

He is the co-author of The Lessons of Tragedy: Statecraft and World Order (2019) and author of Nation Builder: John Quincy Adams and the Grand Strategy of the Republic (2014).

In addition to his scholarly publications, his writings have appeared in The New York Times, Foreign Affairs, Foreign Policy, The American Interest, and various other outlets.  He holds a PhD in History from Yale University, and received a BA in Classics from Yale College.

Charles is teaching the following units in academic year 2019: Senior Fellow Charles Edel expands on his essay in Impeachment: The insiders' guide for Lawfare. He examines the greater history of impeachment, how the framers of the Constitution intended it, and the... However much countries worry about Donald Trump's erratic White House, the more pressing question is how to deal with a rising and increasingly assertive China. How should universities respond to China’s growing presence on their campuses?

Over the last several months, opponents of the ongoing protests in Hong Kong have clashed with protest supporters at universities across the world. In Australia and New Zealand, pro-Beijing students have occasionally shoved... Democracy Is fighting for its life How the Declaration of Independence became a beacon to the world

Today, as our democracy comes under pressure at home and from hostile actors abroad, the Declaration is as relevant as ever. Avoiding the China trap: how Australia and the US can remain close despite the threat

Australia and the United States have fought side-by-side in every major conflict for the past 100 years and remained treaty allies since 1951. But while the two nations have been close for so... More than half the Australians surveyed in a Pew Research Centre poll of global attitudes and trends last year expressed increased concern over China's growing power and influence. This is hardly surprising given... This report, co-authored by seniors fellows Dr Charles Edel and Dr John Lee, examines the future of the US-Australia alliance amidst increasing tensions with China. Edel and Lee offer a comprehensive set of recommendations for how... US, Chinese economies still headed for a ‘partial divorce’

Senior Fellow Charles Edel spoke to CNBC and said even if there’s a phase one trade agreement, the US and China are “at the very least” headed for a “partial decoupling” because the... 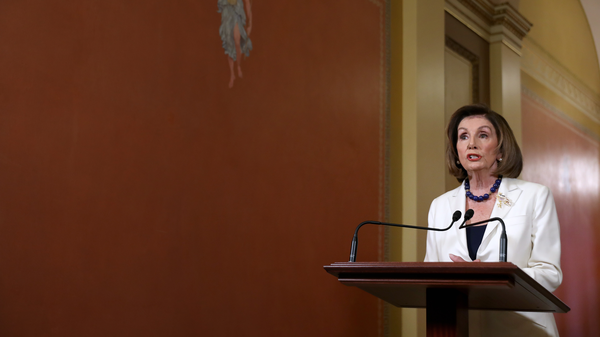 Senior Fellow Charles Edel and Lecturer in US Foreign Policy and Politics Gorana Grgic joined the National Security Podcast to discuss the intersection of history, foreign policy and the impeachment process. On the 70th anniversary of the founding of the People's Republic of China, has CCP Chairman Xi Jinping overreached? He's facing blowback everywhere from Hong Kong to Xinjiang amid an escalating trade war... Senior Fellow Charles Edel talks to Good Radio Shows about his new book The Lessons of Tragedy and how learning from the past can help us prepare for the future. Why we see the past through rose-coloured glasses, but not the future Dr Charles Edel: The Gathering Storm? How the ‘Lessons of Tragedy’ can help preserve global peace.

Dr Charles Edel spoke about the US-China rivalry, the Australian-American alliance, protests in Hong Kong, and his book "Lessons of Tragedy" on Diplomates' podcast. Hal Brands and Charles Edel's In The Lessons of Tragedy: Statecraft and World Order is reviewed in The National Interest. We are on the precipice of the third presidential impeachment in United States history. No US president, however, has ever been removed from office. Will President Trump be the first? What impact will... Lessons from America's longest war: The past, present and future of Afghanistan

Eighteen years into America's war in Afghanistan, it is important to remember that America’s goals were lofty to begin with: destroy al Qaeda, remove the Taliban from power, remake the country into a... The future of the Australia-US alliance: Report briefing

The authors of a new report examining the future of the Australia-US alliance amidst increasing tensions with China held a briefing at Parliament House in Canberra.

Former advisor to US Secretary of State John Kerry... The future of the Australia-US alliance: Report launch and panel discussion

With the Australian federal election complete, the US 2020 presidential race well underway and a rapid increase of US-China tensions, it is time to reassess the future of Australia's relationship with the United States. The Lessons of Tragedy: Book launch and discussion

A former advisor to US Secretary... The second summit: Trump, Kim and US engagement in Northeast Asia

Focusing too closely on the spectacle of another Trump-Kim summit also obscures larger questions about the prospects for successful denuclearisation, America’s role on the Korean Peninsula and, more broadly, American engagement in Northeast... What will the US Congress look like after November 6 and what are the implications for Australia and the world should President Trump be hindered by a Democrat-controlled House of Representatives? With a... Trump and the US presidency: The past, present and future of America’s highest office

Today, it seems pretty hard to escape President Trump. From his constant tweets to his repeated transgression of American political and cultural norms of behaviour, to his evident pleasure in provoking and distracting...